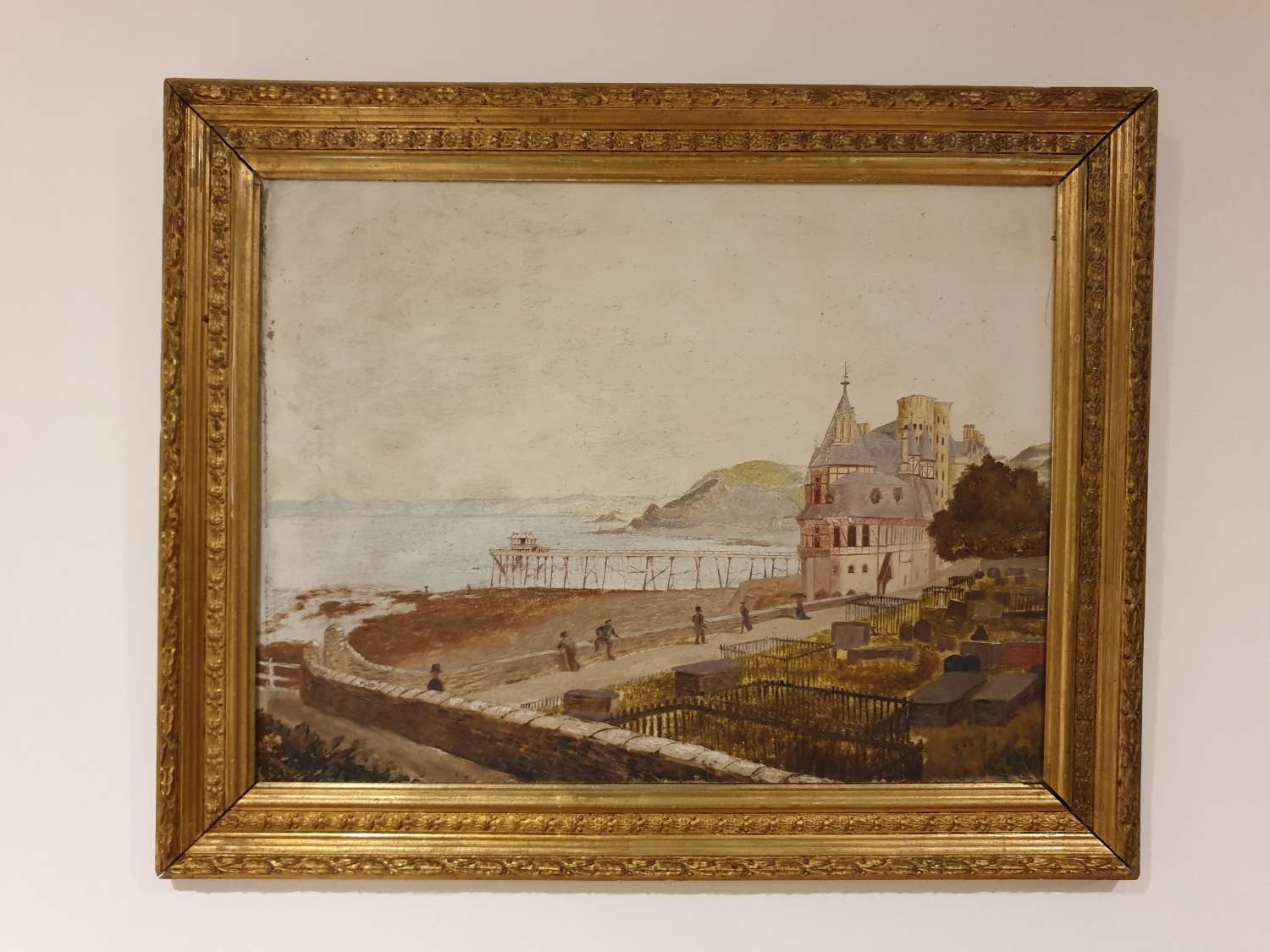 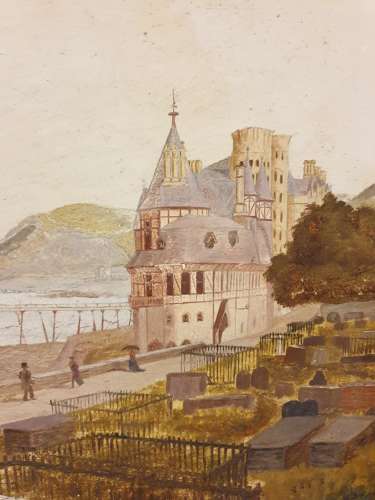 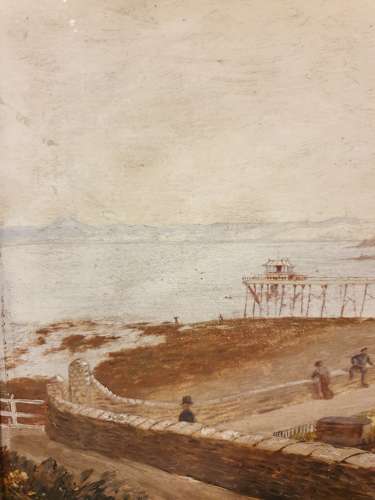 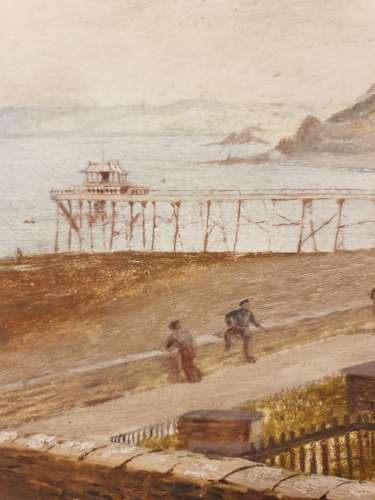 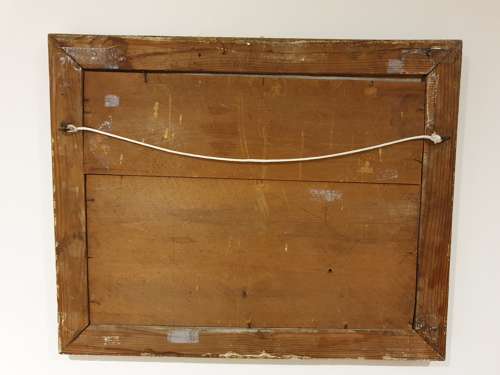 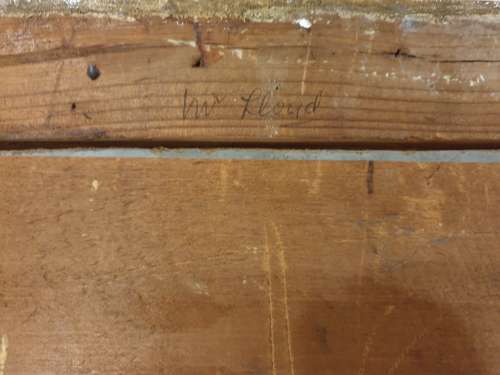 The scene looks North from the old Castle grounds, past the half timbered portion of Thomas Savin’s hotel (which became the University buildings) to the newly opened pier and beyond to Dr. Rice Williams’s bath house, the architectural profile of the early limits of Marine Terrace and the unexcavated Constitution Hill, with the outline of the Llyn Peninsula in the distance.

On the low stone wall, which forms the boundary between King Street and the beach (the promenade not yet having been built), two sea-farers are chatting, while a lady in a Victorian costume carrying an open parasol and a young scholar or clergyman in a black cap and gown are hurrying towards the castle, where a man in a top hat is just about to pass through the two stone pillars which mark the boundary to the Castle ground, with a white picket fence on the sea-ward side.

The building in the foreground clearly shows the upper-storey balcony and the porch side entrance, all later destroyed. To the right of the scene is the old St. Michael’s churchyard showing how the graves were laid out, some with twin head stones and several with iron railings running around the plots. The grass is long and unkept and the tree beyond is in full summer foliage.  On the rocky beach, two small figures are waving.

The pier is accurately drawn and depicts clearly the architectural design of the small shelter or pavilion at the pier head and the red iron piles and columns.  It is possible to suggest conjecturally, a date for the painting – the summer of 1865. The pier, the oldest and the first purpose built pleasure pier in Wales, was designed by the master pier builder Eugenius Birch (1818-84) and opened on Good Friday of 1865; but part of the decking was lost in a storm in January 1866 and not replaced until 1872 when a refreshment room was added to the pier head. In this painting, the pier is intact, and the shelter is remarkably similar in design and construction to that depicted in the engraving of the newly opened pier in the Illustrated London News of 21st October 1865.  The fact that the Queens Hotel (at the northern extremity of Marine Terrace) which was build in 1866, is not shown, perhaps suggests the date as 1865 and the tree in full green foliage and the long unkept grass in the churchyard suggests the summer of that year.

Artisan painters tended to paint what they saw, as opposed to omitting some aspects or including others to achieve a more acceptable composition, sometimes adopted by more experienced painters. The painting is therefore an important historical record of the development of several iconic Aberystwtyh landmarks for which there is otherwise only limited pictorial evidence.

Painted on a George Rowney & Co academy board

Please fill in the information below