In original condition behind glass and within a guilded framed case

The rear of the case bears the original trade label of "C Pozzi, Carver & Guilder Bangor"

A little history about the orignal ship "Cymric"

She was built in Amlwch Angelsey in 1893 and joined the South American trade in fleet of Arklow in 1906. During WW1 "Cymric" sank a British submarine by mistake thinking it was German. In 1914, during WW2, sailing as a neutral, she vanished without trace with 11 crew still onboard.

Price does NOT include delivery charges. Please contact us through the enquiry form for a delivery quote. 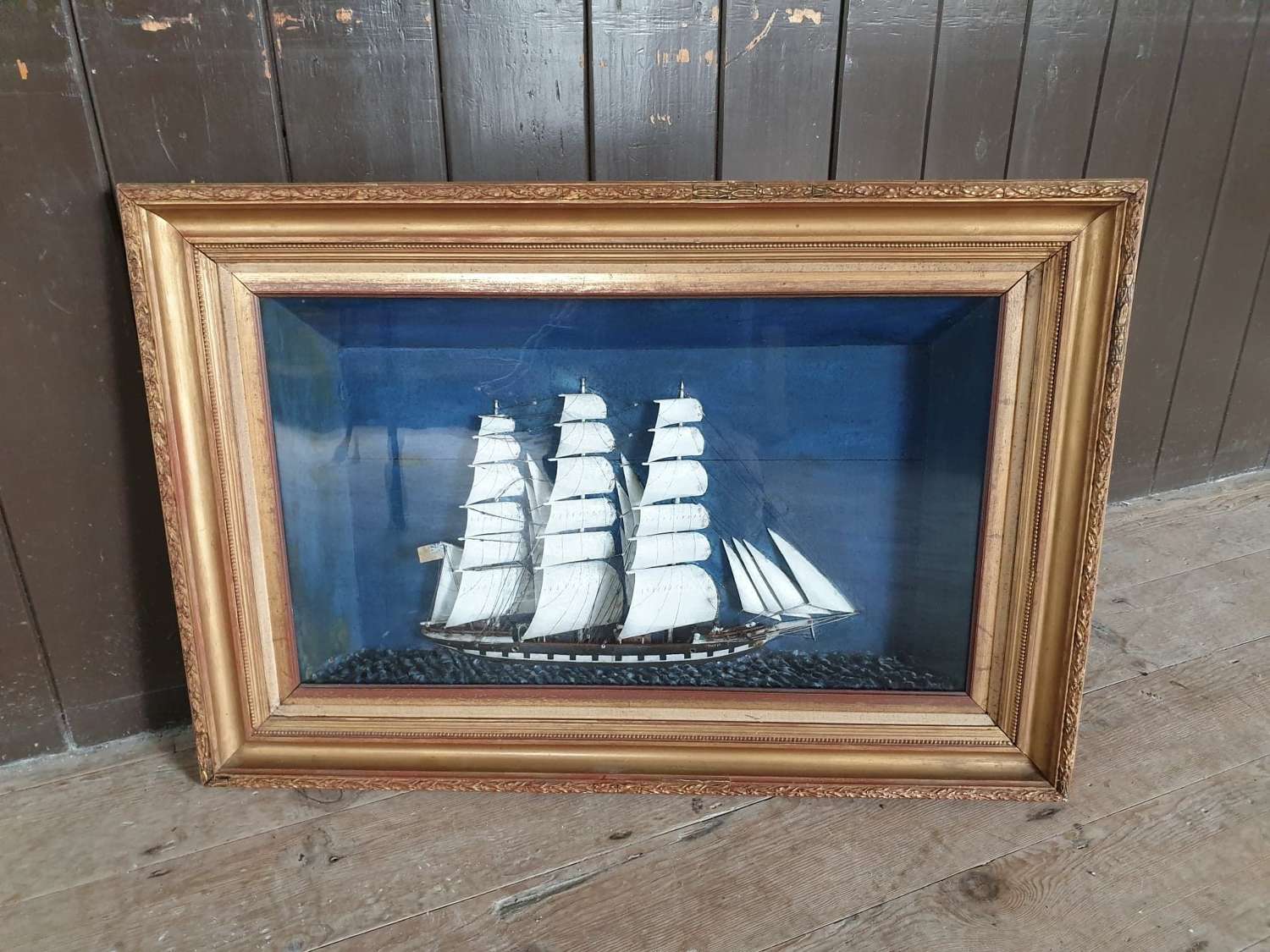 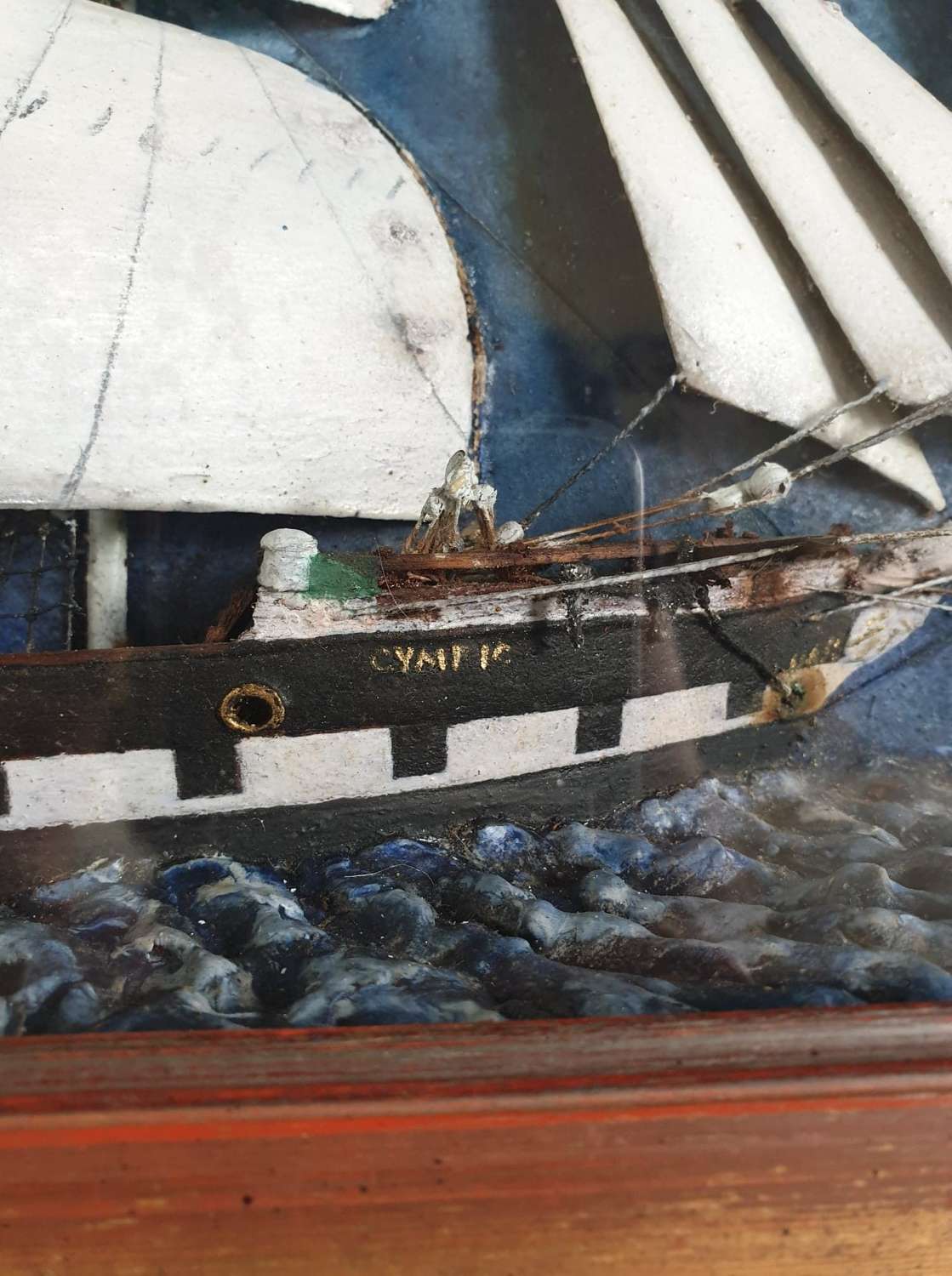 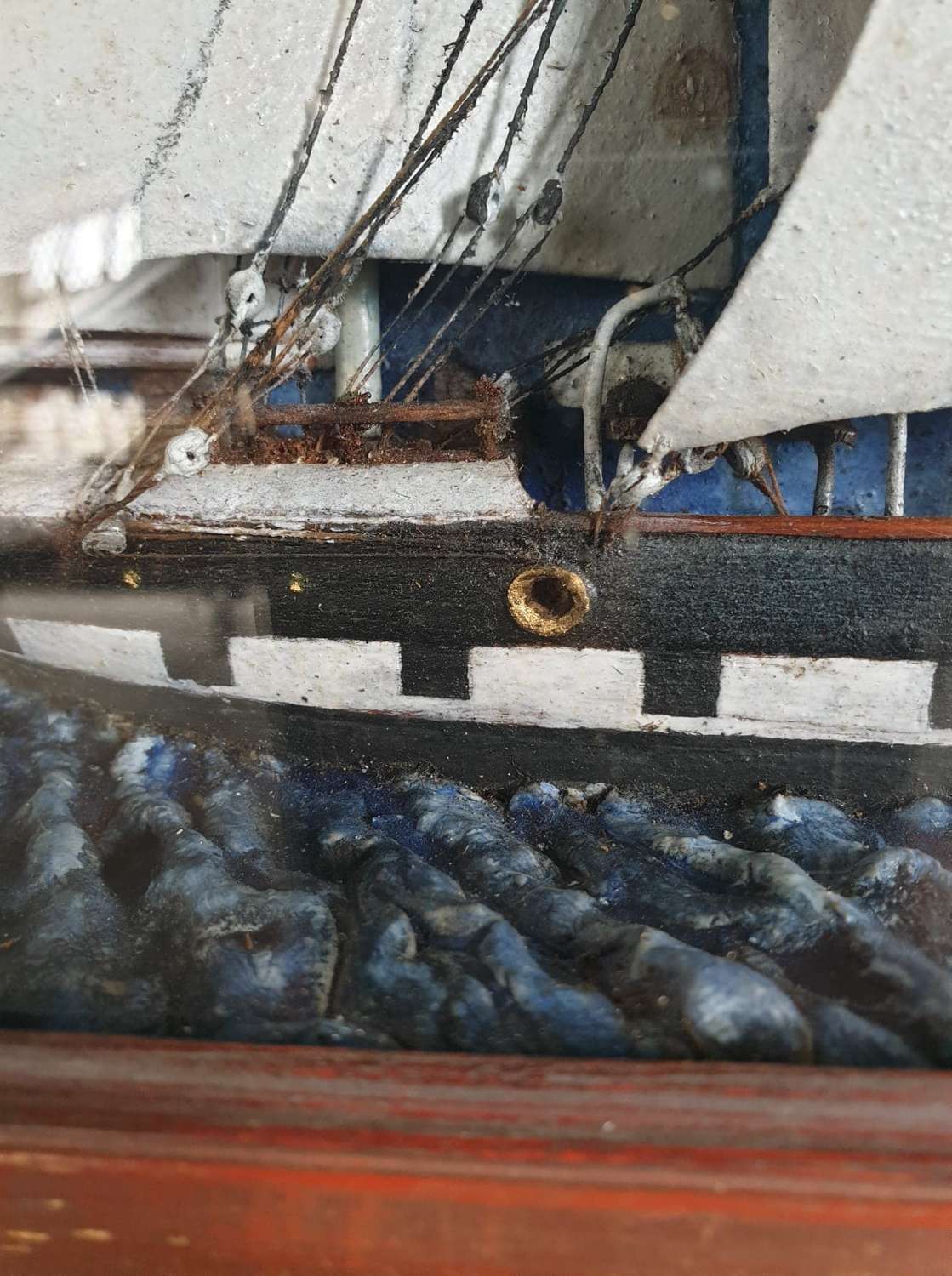 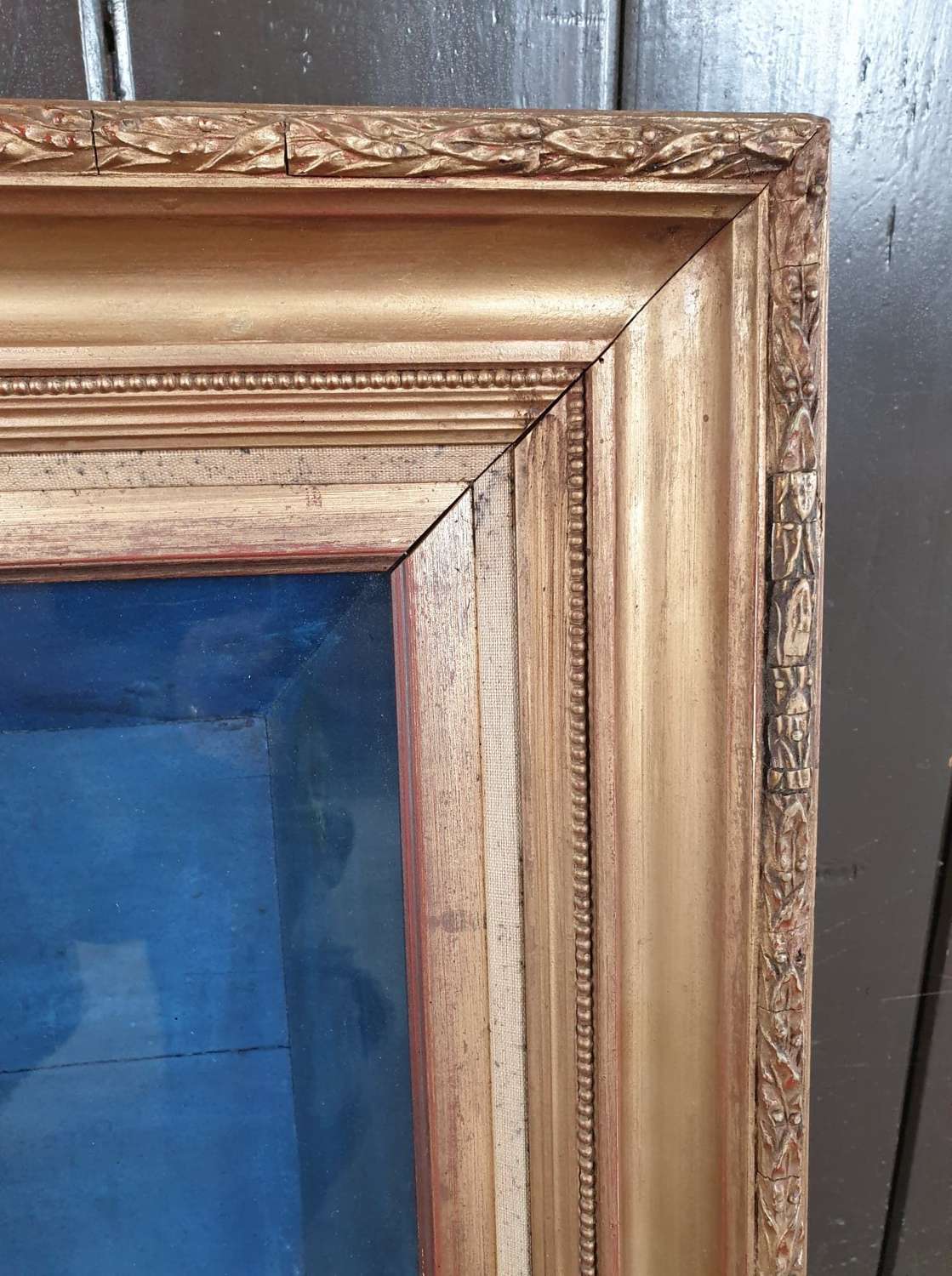 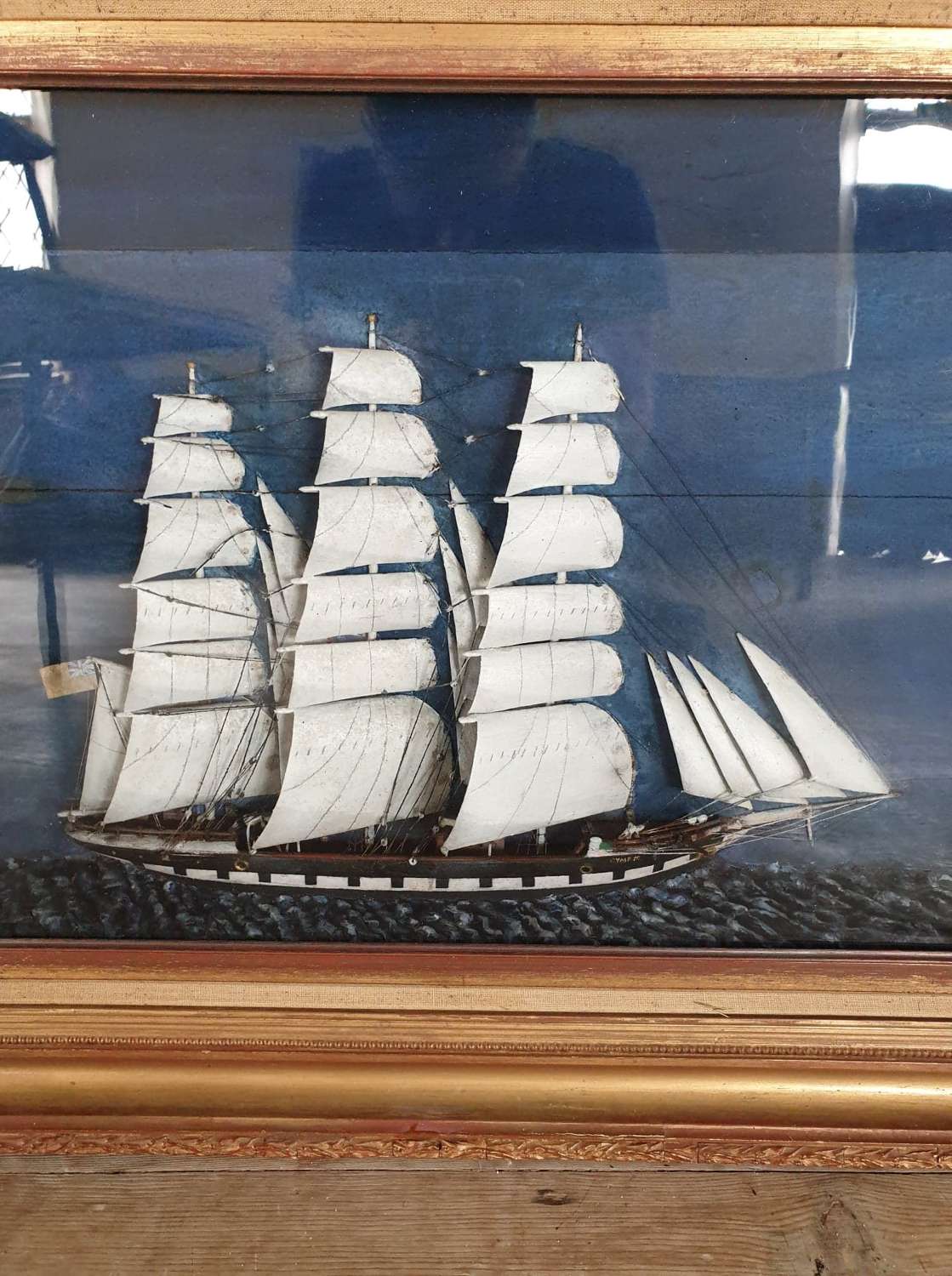 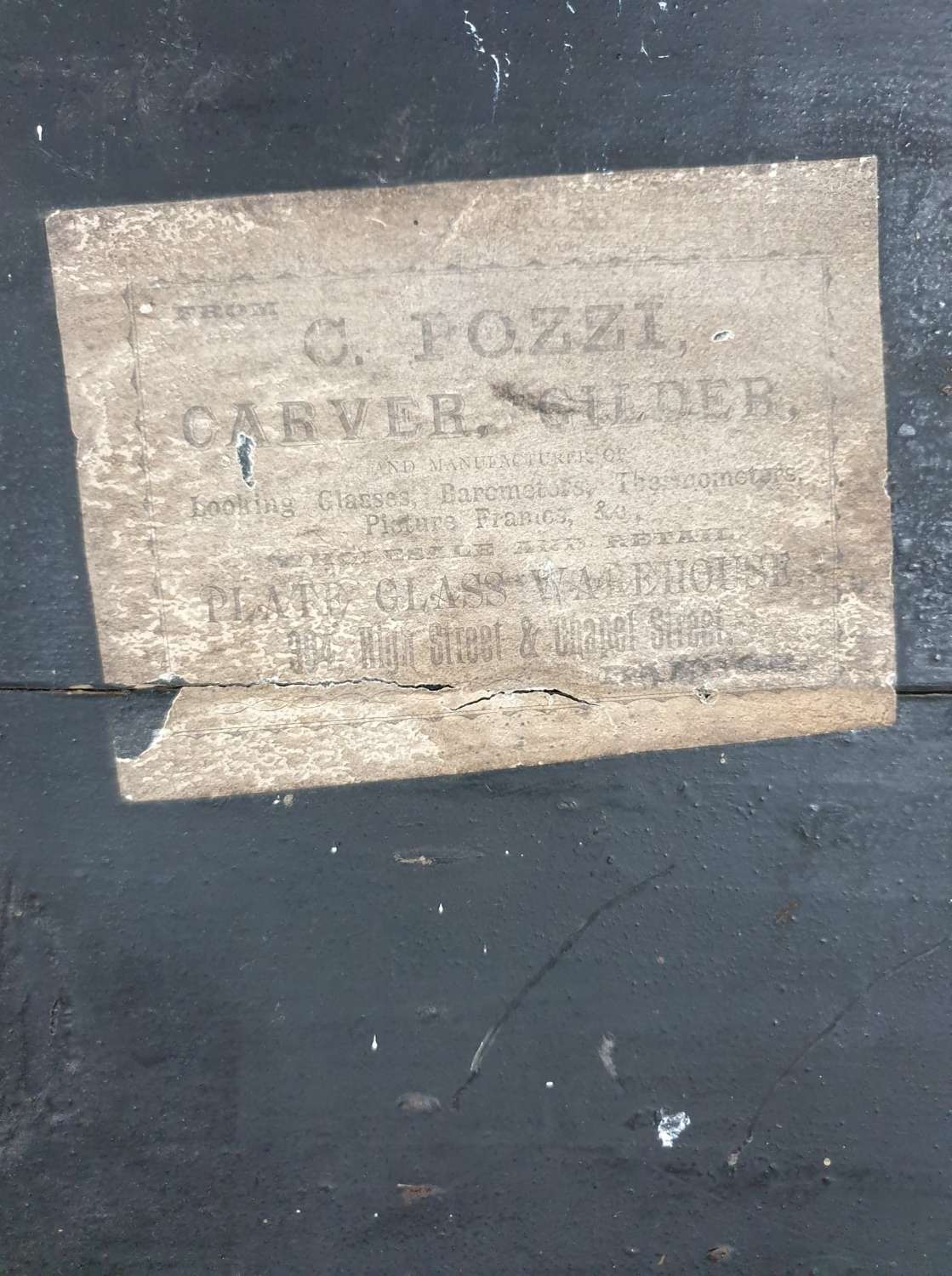 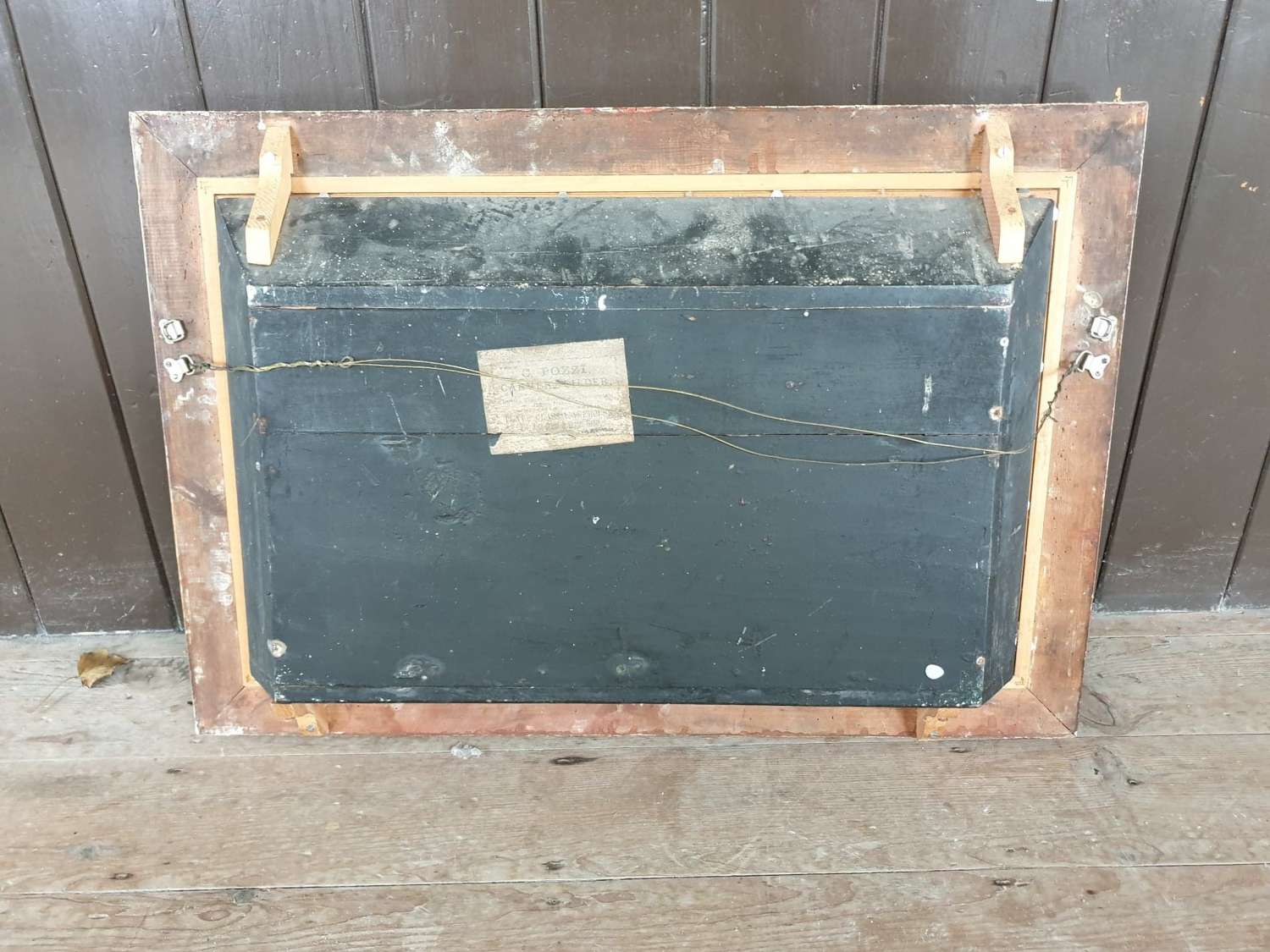